Safe driving in the Holiday Season - A personal story 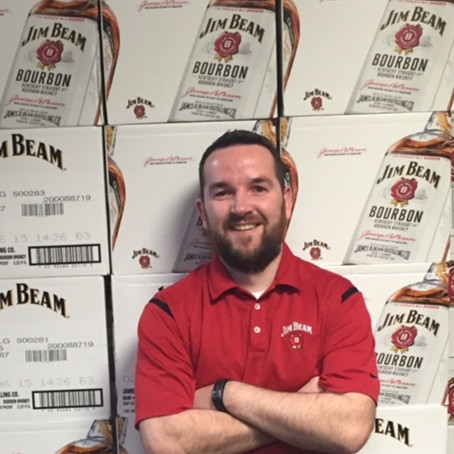 As part of Beam Suntory’s US workforce, roughly 380 of our team members are road warriors that are constantly racking up the miles driving to all corners of their territories, checking in on key accounts and catching up with their distributor partners.

Like many of us, these employees are faced with individual pressures, goals and deadlines as part of their daily lives. While on the road, we are faced with the temptation to check-in and catch up on the phone via text or email in order to save a few minutes at the next stop.

Some might say to themselves, “I’m a great driver,” “It’ll only take two seconds,” “The road is straight, and there’s no traffic,” “What’s the worst thing that can happen?”

As a road warrior here in New York and in the run-up to the holidays, I want to share my story about my experience when my family was hit by a distracted driver.

Thanksgiving is always a great time of the year when family and friends are in town; we have a few days off, the holidays are right around the corner.

November 27, 2019, started out like every other day before Thanksgiving. My in-laws and wife’s aunt were visiting for a few days, and instead of cooking multiple days in a row, we decided to eat out at a restaurant, where I had worked for five years when I first moved to the states.

Our family drove to the restaurant in separate cars, with me, my wife, Gretchen, and my daughter in one car, and my in-laws in another car. I was able to snag an amazing parking spot opposite the restaurant that was seldom ever available.

My in-laws weren’t as lucky and were forced to do another lap around the block in search of their own parking spot. We got out of the car and walked up to the traffic light and crosswalk. I was holding Alma, our two-year-old, in my left arm at the time and when we pushed the button to cross, for some reason, I shifted her to my right arm.

We finally got the signal and started to cross, Alma in my right arm and my wife, Gretchen, following a few paces behind.

I remember walking across the street, and when I was about six feet away from the other side of the street, I heard what sounded like a fender bender behind me. I realized days after the accident that that sound was a car hitting my family.

The driver, who was not intoxicated, had been making a left-hand turn onto the street we were crossing and hit us going approximately 25-30 mph, according to estimates by the surgeon.

He hit us on our left side, which spun me around, and my right arm hit off the driver’s hood. The impact caused me to let go of Alma, and I couldn’t take the full force of the collision for her.

After I came to on the ground and realized what had happened, I looked up to see Alma, who had been in my right arm at the time, was over twenty feet away from me flat on her back and Gretchen was over thirty feet away from me. Adrenalin kicked in, and I rushed over to grab Alma to make sure she was alive.

She had a stunned look on her face, and after a few seconds that felt like forever, she started crying. I still see her stunned look in flashbacks of the accident. Thankfully, Gretchen was also conscious and was able to talk although she was unable to move.

Some good Samaritans, who I know personally and were on their way into the restaurant, came to our aid. My adrenalin had worn off at this stage, and my whole body started shutting down with pain. The emergency services were on the scene in no time, and we were transported in three ambulances to a local hospital that specializes in trauma.

I got off the easiest with a fractured elbow (which they didn’t find for two weeks), sprains, contusions, nerve damage in my arm and back, tinnitus and some hearing loss.

Alma sustained a fracture to the back of her skull and a concussion from the impact. She was admitted to the children’s hospital and spent three nights there before getting discharged and has made a full recovery.

Gretchen got hit the hardest and sustained a shattered finger on her left hand and multiple fractures to the back and front of her pelvis. Both injuries required surgery and metalwork with the pelvis injury requiring external fixators, making it impossible for her to hold Alma. In total, she had three surgeries and spent 22 days in the hospital only getting discharged a week before Christmas.

She had follow-up surgery in February to remove the external metalwork that helped repair the pelvic fractures and was able to start physical therapy after that to help get her walking again. Over the course of a few months, she progressed from a wheelchair to a walker to a cane and is now able to walk unassisted. We all still have a long road to full physical and mental recovery, but we will get there someday.

Based on my own research, there are an estimated 391,000 car accidents and 4,600 deaths involving distracted drivers annually in the US.

Unfortunately, my family and I are now part of these statistics. By attempting to save himself a few seconds, this driver cost us 25 total days in the hospital for my family, a broken arm, a shattered pelvis, a shattered finger, a skull fracture, concussions, nerve damage, hearing loss, anxiety, nightmares, flashbacks, panic attacks, 12 weeks out of work for myself, 11 months out of work for my wife and much more.

As we approach the holiday season, there’s one thing that I want you to take away after reading this, and that is that in saving yourself a few seconds on the road by checking your phone for texts or emails, you could end up costing someone unnecessary heartache, suffering and pain. It’s just not worth it. It really can wait until your next stop!

About the author
Seán Rooney

Seán Rooney is a Territory Manager for Beam Suntory in Upstate New York. He has also become a road safety evangelist in the organisation following his own personal experience.