Connected and Autonomous Vehicles: Ensuring The Safety Case is Not Overlooked 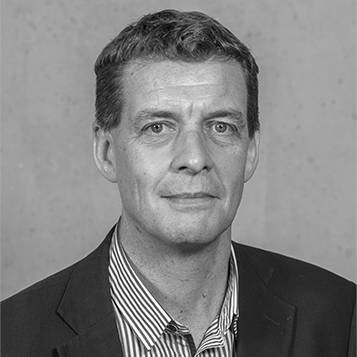 Although it is not certain yet when fully autonomous vehicles will be functional on roads, there is some speculation that by 2040, most fleets will be at least semi-autonomous.

Research into human behaviour relating to Connected and Autonomous Vehicles (CAVs) including user acceptance, is gaining much interest. Such developing research activity is reflected in an increasing number of research programmes within this field including the Automated Vehicle Research Programme of the US Department of Transport and the Human Factors in Automatic Driving project involving consortiums of European research institutes and car manufacturers.

Given that Human Error is attributed as being the largest contributor to crashes, researchers and road safety experts emphasise that the potential road safety benefits of automated vehicles could be achieved by relieving the human from responsibility for driving. Since automated vehicles do not make human errors and do not deliberately violate traffic regulations, they are assumed to out-perform the human driver and thus contribute to a substantial reduction of road collisions.

Already, current production vehicles have advanced ‘autonomous’ functions that support drivers in various traffic situations (e.g., Adaptive Cruise Control, Forward Collision Warning, Pedestrian Safety). It is expected that this trend will continue, and that future CAVs will be capable of handling most of the manoeuvring and control functions of the vehicle in all traffic scenarios.

But just how safe are CAVs?

CAVs will be required to interact with numerous other road users. Not only would this require the CAVs to reliably detect such other road users, but it would also require that non-motorised road users will need to interact with CAVs which are equipped with different levels of automation. Hence this could require potentially different response requirements in different scenarios for such interactions to happen safely and effectively.
Some studies express certain reservations about expectations associated with CAVs. There are also uncertainties associated with the interaction of CAVs with non-motorised road users as discussed above, particularly with pedestrians and cyclists, and therefore the subsequent safety effects on this group of road users create a cause for concern.

So far, research on the interaction between CAVs and other vulnerable road users (VRUs – so-called as they are more vulnerable to the impacts of crashes) has been limited to the technical aspects of detection and recognition of them by the vehicles, again solely considered from the perspective of the vehicle.

However, it is equally important to look at matters from the attitude of pedestrians and cyclists. Will cyclists and pedestrians be able to effectively interact with automated vehicles? As an example, would this affect their crossing decisions or their red-light compliance? And if so, in what way? Would they accept smaller gaps, or would they prefer larger safety margins? Would they be inclined to infringe traffic controls such as red lights more often or not? Also, through the transition period, with a likely combination of automated vehicles, partly automated vehicles and manually driven vehicles, will pedestrians be capable of differentiating between these vehicles and would they adjust their behaviour accordingly?

Vulnerable Road Users are clearly an important consideration in relation to CAVs, but other challenges and obstacles are evident as we progress towards automation. Take public perception and trust, for example.

At present, the public does not wholly trust the concept of autonomous vehicles.

The problem of mixing of vehicle fleets, as mentioned above, is another challenge. The Eno Center for Transportation recently stated that "in theory, if you have 100% fully autonomous vehicles on the road, while you still might have accidents in rare situations, you're looking at anywhere between a 95% to 99.99% reduction in total fatalities and injuries on the road” (Hagemann). However, to have these very desirable reduced numbers of fatalities, all the vehicles on the road would have to be autonomous. We know that this will take some time and in the interim, there will be a mixture of fully autonomous, partially autonomous and no-autonomous vehicles on the roads. This mixture amongst the fleet could be a recipe for disaster as already highlighted through misunderstandings of CAV capabilities and limitations.

What about reliability? Related somewhat to trust covered above, we need to be certain that autonomous vehicles will be safe and reliable. We cannot be totally certain of this yet. There have already been a handful of cases where autonomous vehicles have killed or seriously injured other road-users as they did not act as predicted in certain traffic scenarios.

Autonomous vehicles will only be able to operate on certain roads where appropriate infrastructure is in place – for example, road-markings and road-signs – so that the vehicle can ‘read’ the road and can know what to do in different situations.

Not all roads have road-markings and signs, and therefore the Autonomous Vehicle may struggle to cope with these road-types. Therefore, it will either give up and shut down altogether (leaving its occupants stranded), hand control to the driver (thereby defeating the object of vehicle autonomy) or do something entirely unpredictable which could actually be dangerous if not disastrous.

We live in exciting times in terms of transportation, and the concept of vehicle automation is very compelling to many. We just need to be certain that as rapid progress is made, the safety-case for CAVs is not overlooked at any stage in the game.

About the author
Professor Andrew Morris

Andrew is the Professor of Human Factors in Transport Safety and leads the Behavioural Safety Research and Injury Prevention Research Group. Andrew was awarded US Government Special Award of Appreciation in recognition of outstanding leadership and special contributions in the field of motor vehicle safety.